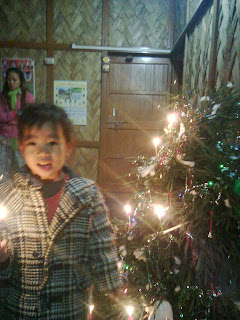 
PRAISE THE LORD,HALLELUJAH,HOLY BIBLE   JOHN 3:16-THE GOD LOVED THE WORLD SO MUCH THAT HE SEND HIS ONLY BEGOTTEN SON TO DIE FOR OUR SIN,SO THAT THOSE WHO WORSHIP HIM WILL NEVER PERISH BUT HAVE EVERLASTING LIFE.

THUS TIME TO WAIT FOR HIS BLESSINGS WISH YOU ALL A MERRY X-MASS. I BEG PERSONAL APOLOGY IF THERE HAVE BEEN KNOWING AND UNKNOWING EXCESS FROM MY SIDE ALSO.AND LET US TOGETHER MAKE THIS WORLD A BETTER PLACE TO LIVE AT LEAST ON 25TH DEC.MAY GOD BLESS THIS WORLD AND THY GLORY BE SEEN MANIFOLD MORE.
Posted by Togo Basar at 1:15 PM 1 comment:

THE DOWN OF OLD POWER CENTER:-


THE GLIMPSE OF THE PPA`S FIRST RALLY IN KHONSA
Posted by Togo Basar at 12:19 PM 1 comment:

THE D- DAY FOR PPA AND THE STATE OF ARUNACHAL PRADESH:- 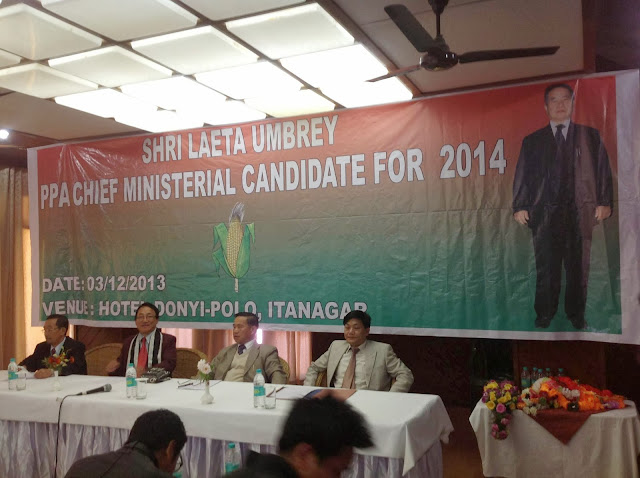 The day the Hon`ble MLA Laita Umreji was declared as the Hon`ble C.M candidate of the PPA for 2014 election in the Hotel Donyi Polo Ashoka on 11 a.m on 23.11.2013 the great responsible have come on all the party cadres and the Elites of the state to make this dream possible .As amidst the cloud of uncertainty a ray of hope have come for the first time for whole State as it is time to remove the uneducated, redundant  and visionless leader. As this great man have already shown his potentialities to optimum label and his model can be imbibed elsewhere also.
As he have broken the myth that one need money in election in this state by demolishing the citadel of the Congress strong hold in the ruling Congress Party Presidents own home turf even if dozens of Hon`ble cabinet Ministers tried to ambush him in his constituency in last two State election. And have single handedly stood as stumbling block to some of the greatest conglomeration of illiterate, vision less and contractor political leaders who are now great threat to this State for there redundant and off dated leadership. Even few top good  Congress Hon`ble MLA`s and Ministers  have great respect for him and see him as a property for the State even if they may not say this openly.
And the great Arunachal Public is now asking was it not time for them also to accept that they have already seen enough good day and pity there own State for whom they have now become a pariah’s; for all practical purpose critics say they are now increasingly seeing them as moneyborus how so ever they try to justify there position. Why so much greed when one need only 12 inch of land after death questions some religious Peoples? See the money is a way to reach the goal but here in this State they are trying to show that it is the goal itself. And as told in all the religious book the end goal is to connect with supreme being. Thus why not the divine power will be also not angry with this some siphons of the creamy layers who are now critically seen as anti-Christ in true sense of term also?
As the State without them will be always better as even the evil spirit leaves a body of the victim if he is requested and convinced by a priest says many.The rich and poor,the youth and old and all the mothers and sisters who really want to do so much for this State time for them to sacrifice for greater good.As the PPA leaders have went through untold misery for the shake of the State interest. As how by ill-gotten money one can change the State?As this kind of leaders can never be an example as things are too much in this State.As the issues like price rise and lack of job all are its ill effect; as the leaders from this back ground have no moral authority to teach other and so this problem will be always there.See one like Umreji not always happen ,this was the time for the People to receive him as it is privilege to work with a great person.
So the PPA believes in presenting the best leader to the State under whom all are united as real loyalty comes from genuine respect. As this is serious time; it will be futile to fight with each other like a Cow tied in same rop.As after all we are human being and are accepted to be rational. Thus even the good ruling Congress powerful leaders are also accepted to take lesions from the surrender of Dacoits of the Chambal ghati in 1970`s; before the stubborn where shoot and killed like Dogs later on. Seeing the need mood of the State good that many officers who where earlier easy target is joining NGO`s to avoid Govt.persecution as they can perhaps say that we are neutral body as written in our By-law.But for those officers who have never seen as social friendly and always supported ruling Congress for there own greed ; it was perhaps last time to do a good work for there own shake also as soon history may question them.As enough is enough with this practice of even jumping inside the leaders house from Ventilator in good time.

Thus said the great:- only a person who have always seen failure in life, tries to badmouths other by saying it is impossible; but the power of a good soul which can illuminate the whole universe have been always at work. Specially when the ordinary persons have started feeling increasingly frustrated. The good governance can be only evaluated by comparing performance of Govt. under other party but nearly 2 generation have been given to the ruling Congress Party.And they lied , misleaded and looted this State,Rs 1500 crore Hydropower is alleged to have went into Congress Parties Party fund claims Laita Umreji.The policy of the Hydropower Developers should have been initially develop dozen Hydropower`s and when there is good work in that project/cite other State Peoples will have naturally invited the Hydropower corporations.
As the Rangarajanji who have been recently made as Governor RBI his Rangarajan  committee report have recently listed Arunachal pradesh coming under the least developed state ;this speaks in volume regarding the present regimes tall claims in Vikas rally,he further added. The Congress top leaders of the State themselves are secretly heard to be murmuring about the poor State of Affairs in there cup of Tea.Thus there conscience is also not with them so why the great Arunachal Publics should vote for ruling Congress party in coming election he further said.So the great Arunachal Publics must give chance to the PPA party filled with young , dynamic, prolific, visionary and respected leaders who can alone do less corruption and bring much needed investment from the corporate sectors for there education qualification and confidence.
In his historic speech Laita Umreji said that- The regular cultural party in the IG Park by the Arunachal Govt.cannot absolve the Govt. of its failures it was also replied on the query of journalist about his comment on the recent celebration of the 2 yrs. successful completion of the ruling Congress Govt.With its Vikas Ralley which some dubs as Vinas ralley. The natural leader replied that why the incident where there was only bitterness, communal disharmony and violence for power struggle gift of present regime have to be remembered. All the journalist presents where mesmerized by the presence of mind of Hon`ble MLA who deserve real appreciation and even if before election some amount of bone will be throne to Public the bird imprisoned in golden Cage will she be happy also?
Thus while other State members like Nagas are talking with western countries in equal foothing.The present leaders have even made us to bow down in shame in presence of Delhi and Bombaites believes many.And for this we have come to fight for our dignity so that this inferiority complexion is removed for ever. Tomorrow this man who is seen to be a truthful soul may also resign on moral ground if there is no action upon defected MLA by Hon`ble Speaker.
As PPA party is party with difference;and is ready to sacrifice power for the Public`s well being. To tell the most important issue of violation of merger norms by the ruling Congress party which the PPA leaders are fighting for the state to stop the Aya Ram Gaya Ram political culture for ever.In any case non of the Party President in future will allow there leaders to merge to other party also.Thus this was time many old leaders who have also seen there good days surrender before a great man of there time who have proven himself to be a one man Industry. After all they have to also live in this society after retirement isn`t it?
As PPA this time will surely make the Publics to notice about there own apathy and stop seeing what happens in centre also as one who is not his own`s cannot become anybodies also.As the dependency syndrome and present rich and powerful leaders act of monopoly of making the election more expensive to disaduade other honest and educated leaders have been exposed now.As the great Chanakya the greatest political Pandit had once said-` RAJYASYA MULYAM DHARMA,DHARMASYA MULYAM NITI,NITISYA MULYAM VRIDHAM,`Thus the greatest power on earth the scholarly person is with PPA.And so may God bless PPA and our beautiful State to work for the future we all believe in.

THE FOOTAGE OF THE RALLY AGAINST THE RAPE AND MURDER OF LATE BOMPI KALI:-

Posted by Togo Basar at 6:55 AM No comments:

THE PPA WILL ROCK NOW:-

Posted by Togo Basar at 6:10 PM No comments: